Sales of homes priced over $1 million were up year-over-year in Victoria, Calgary, the Greater Toronto Area (GTA) and Oakville while the luxury market in Vancouver cooled during the first seven months of 2017. Sales of $1 million-plus single family detached homes declined 32 per cent in Vancouver yearover- year to start 2017. The foreign buyer tax implemented by the provincial government in August 2016 is a contributing factor to this decline, as the tax led to fewer offshore buyers entering this segment of the market. At the same time, a strong mix of demand from downsizing baby boomers, foreign buyers and affluent younger couples combined with low supply led to an 11 per cent year-over-year increase in luxury condo sales in Vancouver. As a result, more developers are turning their attention to condo projects and more luxury units are expected to enter the market in the coming years.

Similarly in the GTA, luxury condo sales continued to increase significantly, growing 85 per cent year-over-year between January and July in 2017. In large part, this can be attributed to overall price appreciation in the market over the course of the last year, resulting in more condos meeting the higher dollar threshold, combined with condo inventory levels failing to keep pace with demand. The price appreciation across the market was a strong motivating factor for many baby boomers to sell their homes and use the equity to downsize to luxury condo units. In contrast to Vancouver, sales for detached homes between $1-2 million rose 25 per cent year-overyear during the first seven months of 2017. The market continues to adjust to the introduction of the Ontario government’s Fair Housing Plan and the long-term impact has yet to be determined. The 15 per cent non-resident speculation tax included in the plan slowed demand from overseas buyers in the GTA overall, but did not significantly curb activity in the region’s luxury market. During the first seven months of 2017, demand for luxury properties in the GTA remained strong, with sales rising by 30 per cent year-over-year.

In the upper-end of the GTA’s luxury market, demand for single-family detached homes over $3 million saw the largest increase in activity, with sales rising by 55 per cent year-over-year. The Toronto suburb of Oakville also continued to see tremendous growth, with sales for properties between $2.5 and $3 million increasing by 112 per cent year-over-year. Oakville’s proximity to Toronto and strong local schools are a main attraction for buyers looking to enter the market.

A strong local economy in Victoria contributed to increased activity in the luxury market in 2017, with sales for $1 million-plus properties up 10 per cent year-over-year. Young families could capitalize on price appreciation in the market and use the equity from the sale of their home to move up into the luxury segment. The temperate climate and high quality of life in Victoria continues to promote strong in-migration from other provinces, while the low Canadian dollar and interest rates in the first half of the year helped attract buyers from the U.S., Europe and Asia to the market. 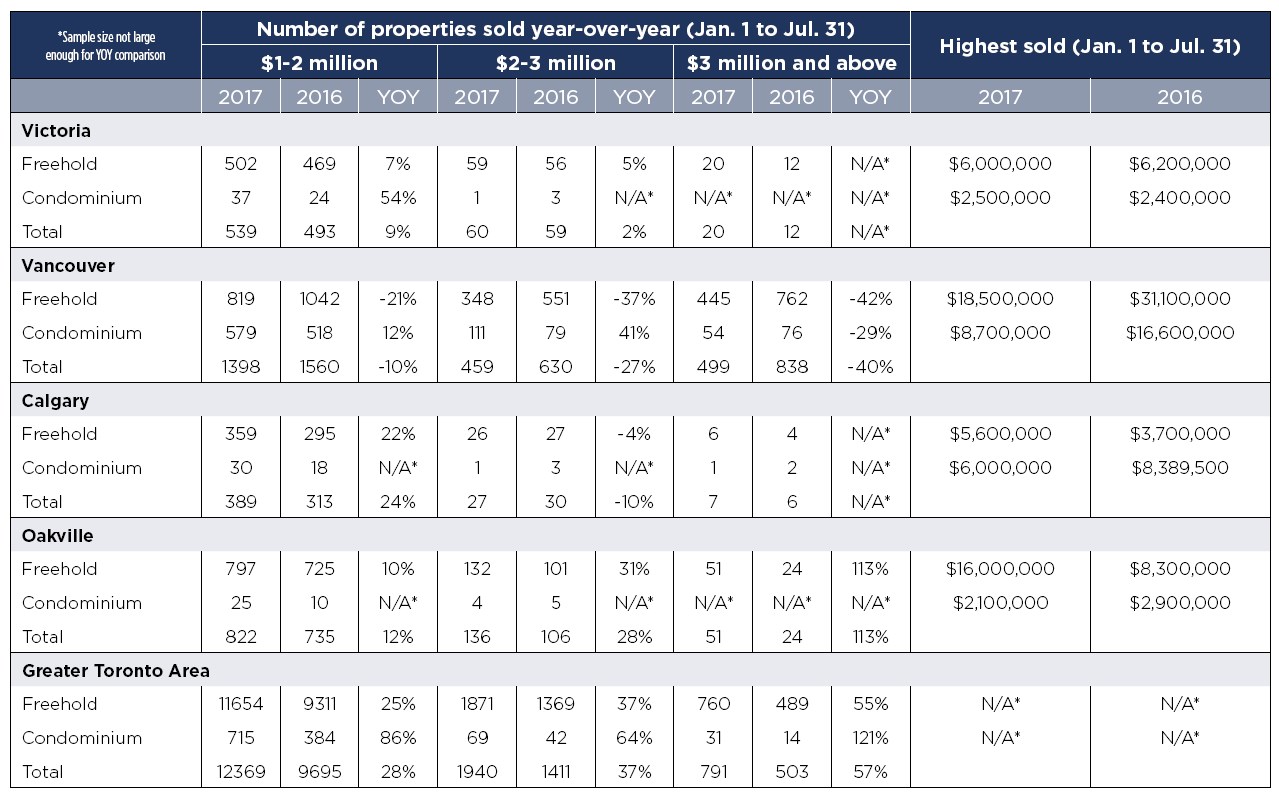 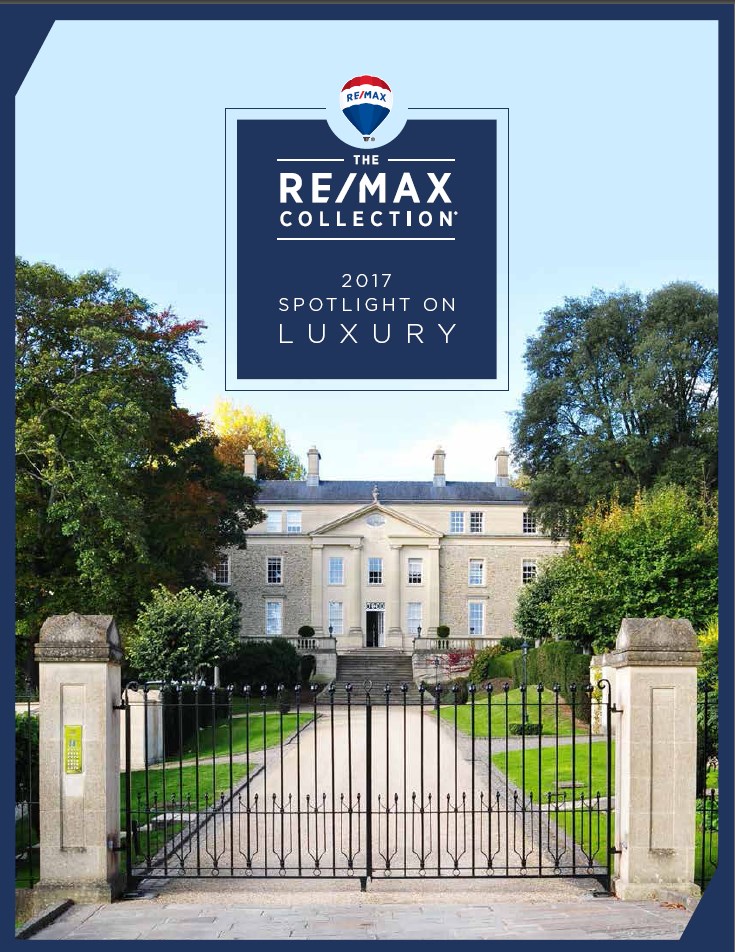