Average days on market across all categories of residential properties in the Edmonton CMA was 58 days. This figure is one day longer than the preceding month and identical to September 2016. On average, single family detached homes sold in 53 days, condominiums sold in an average 67 days and duplexes / townhouses sold in 62 days. 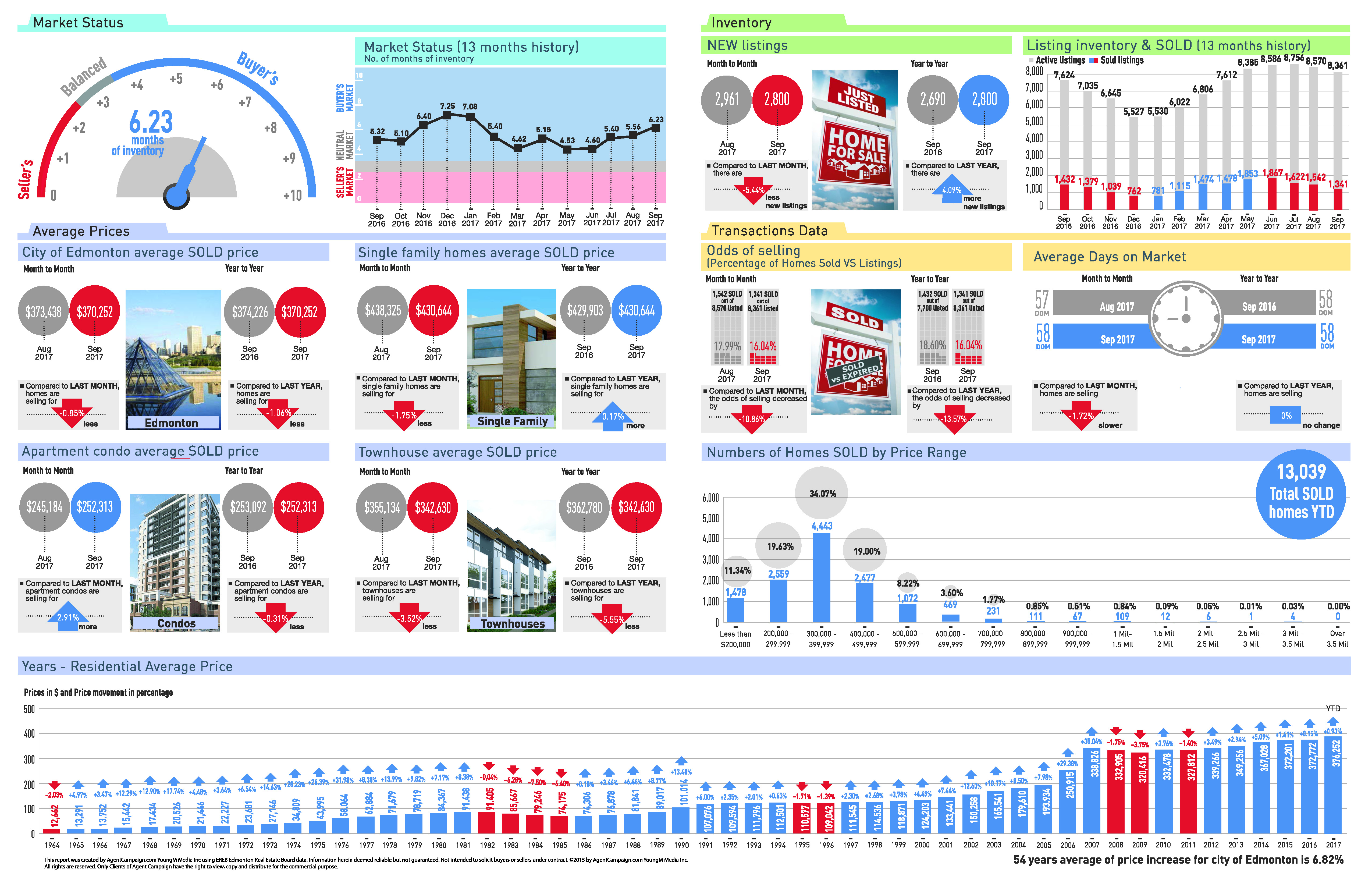