“We are in the busiest season for real estate in Edmonton, so sales is consistent with seasonal market trends,” says Darcy Torhjelm, REALTORS® Association of Edmonton Chair.

“More sellers are entering the market and are motivated to move their properties before the summer months, which provides the best selection of properties for buyers who are actively looking and taking advantage of the increased number of listings,” says Torhjelm. “It’s a great time to speak to a REALTOR® for professional advice on navigating the buying and selling process.” 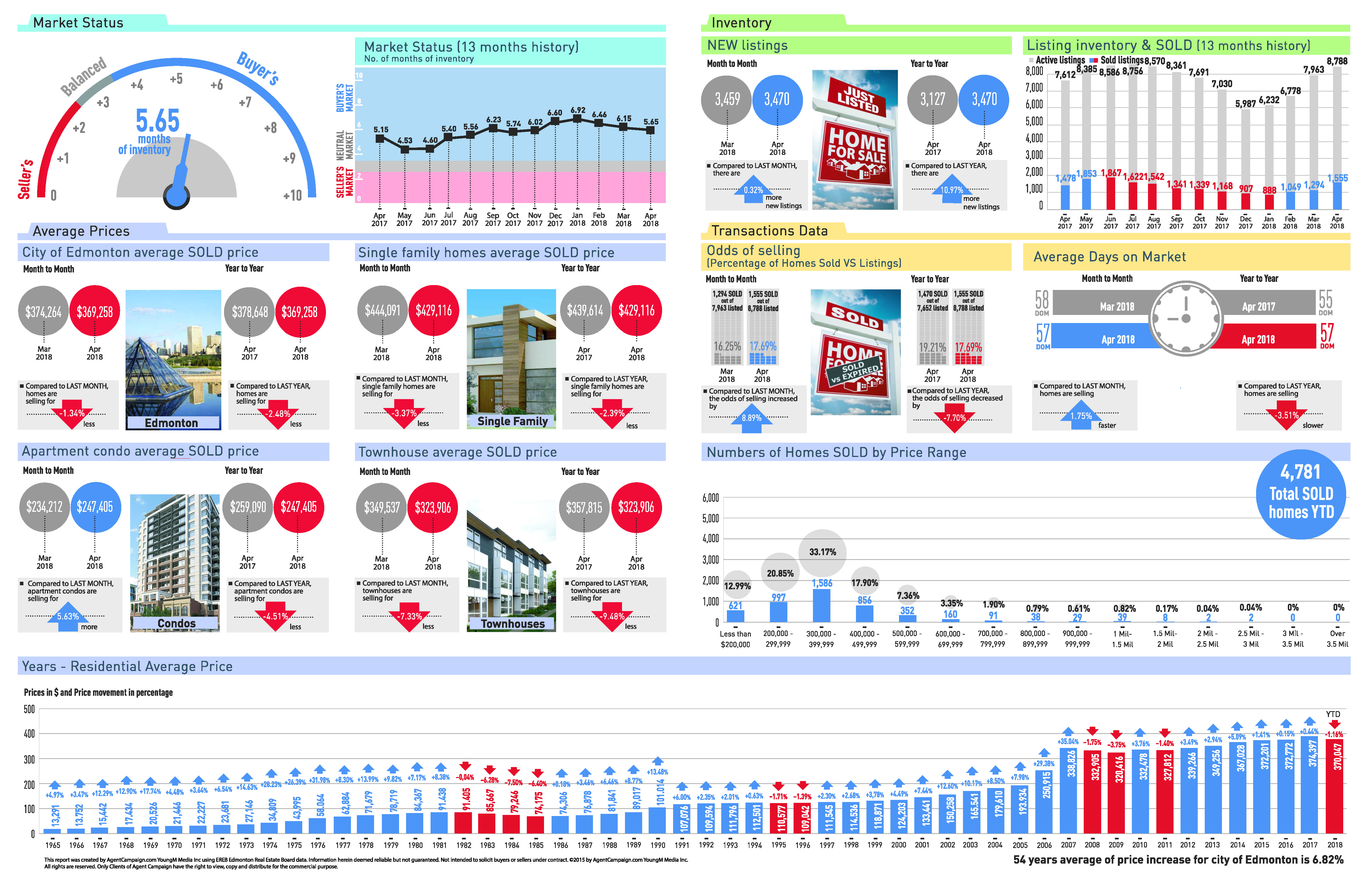