December 2016: The Edmonton Census Metropolitan Area (CMA) real estate market marked a year of overall stability in 2016. Prices were also consistently stable with only modest decreases throughout 2016. Condominiums and single family home prices decreased, with condominiums declining 0.53% and single family homes declining only 0.86%, relative to 2015. Duplexes and rowhouses, which account for approximately 10% of all unit sales, experienced the most decline in prices, decreasing 5.22% compared to 2015.

“2016 was a steady year for real estate in Edmonton and many of the surrounding communities. The ongoing economic instability certainly affected unit sales and inventory, but sale prices have continued to hold,” said James Mabey, REALTORS® Association of Edmonton Chair.

In December 2016, sales of all residential properties through the Edmonton Multiple Listing Service® (MLS®) System in the Edmonton CMA were up 0.42% from December 2015. This stability was reflected across all property types, which showed little change compared to the same month in 2015. Single family home unit sales were down only 2.53%, condominiums were unchanged and duplexes/rowhouses increased 19.44% from December 2015. 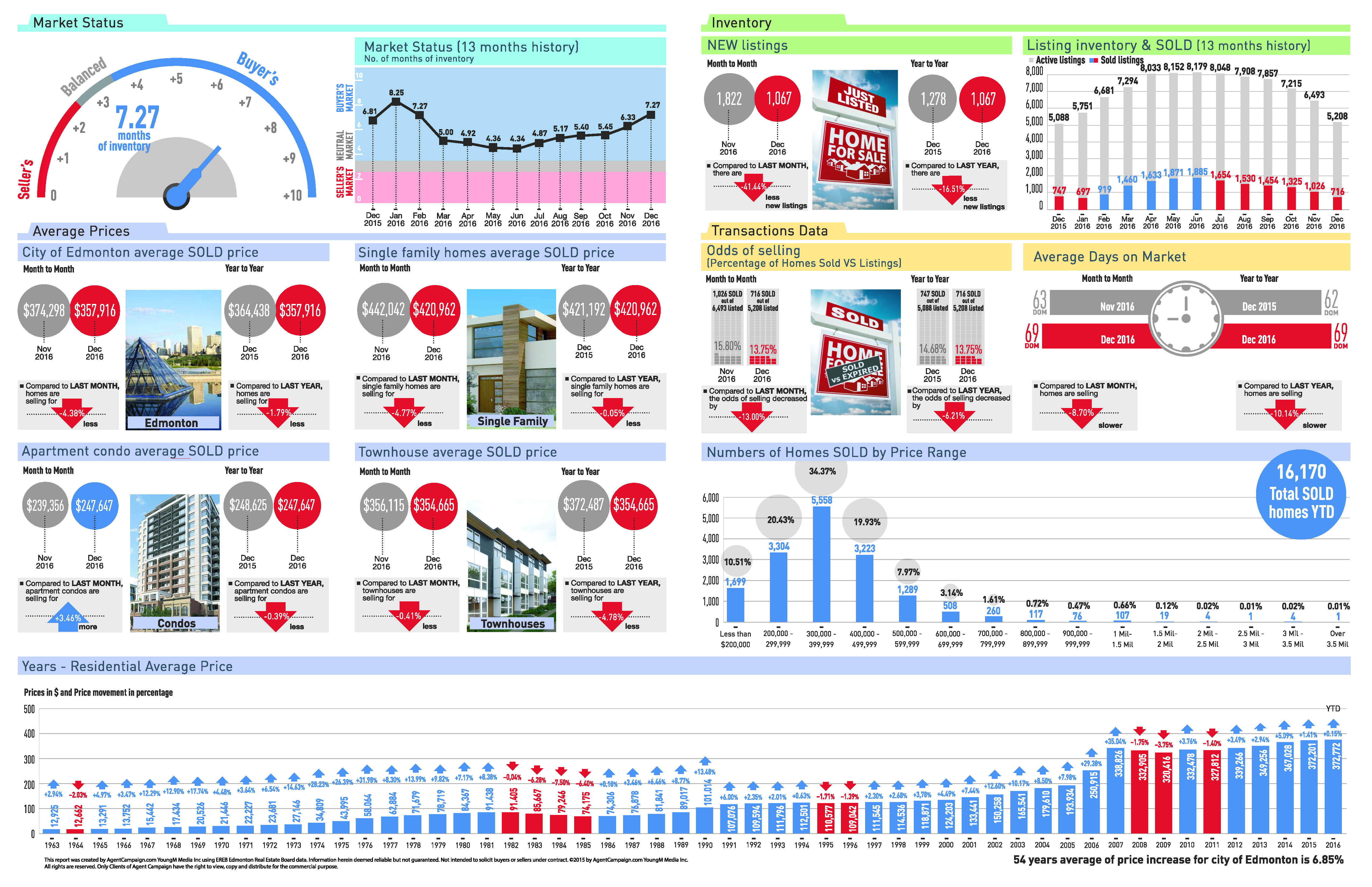