Unit prices were consistently stable with only modest decreases across each category. Compared to January 2016, condominium prices increased 8.7% and duplex/rowhouses increased 8%. Both categories decreased only slightly relative to December 2016, with condominiums down 0.37% and duplex/rowhouses down 0.46%. The average price of a single family home remained stable at $416,859, which is down 0.49% relative to January 2016, and down 0.97% compared to December 2016.

“2017 has started strong, with an increase in year over year unit sales and prices remaining stable,” said James Mabey, REALTORS® Association of Edmonton Chair. “While it is still early in the year, the rise in sales suggests that consumer confidence in the housing market is on the rise.” 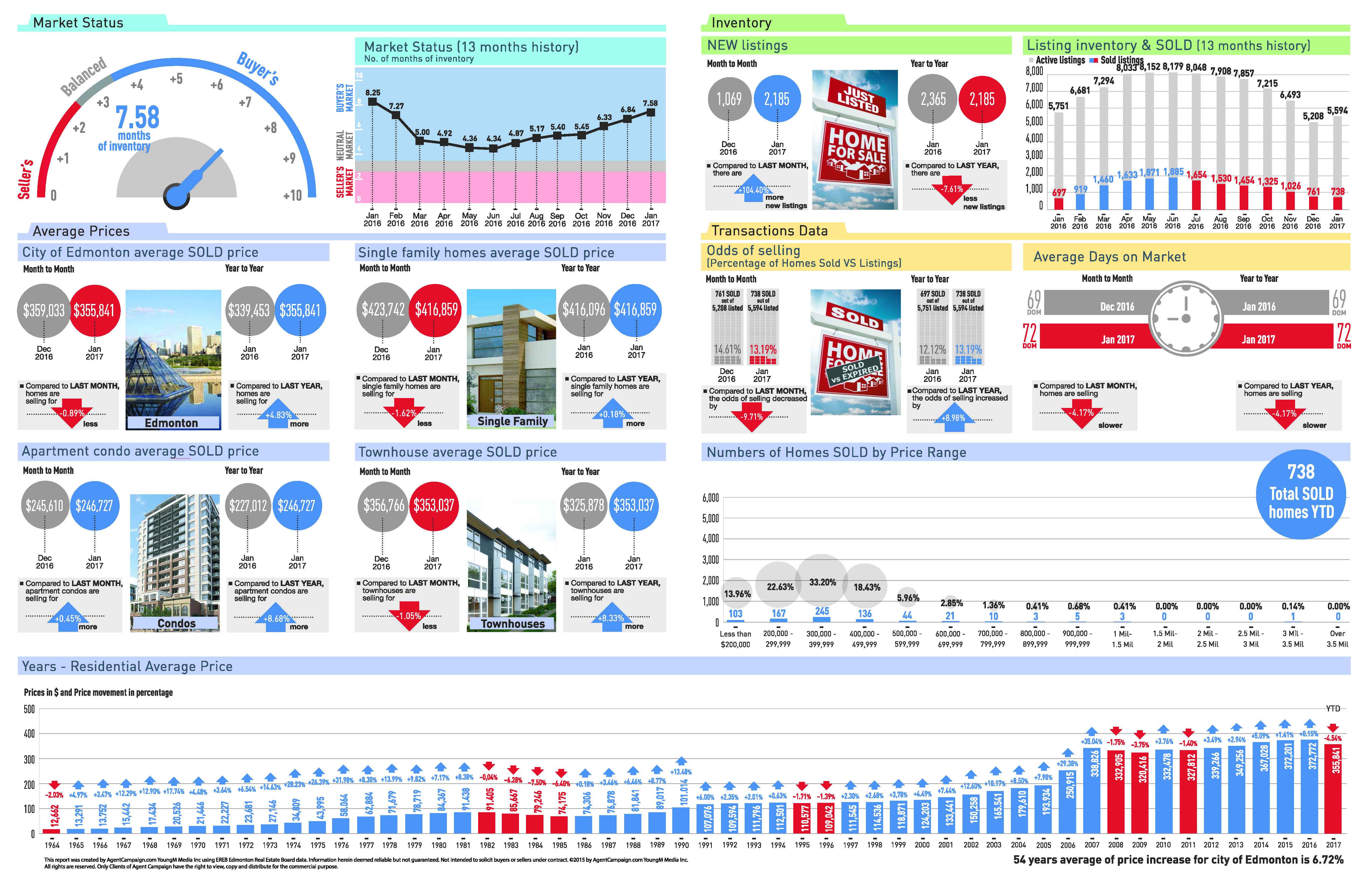