April 2016: Despite an 18% increase in inventory for the Edmonton Census Metropolitan Area (CMA), all residential prices remain stable at $377,283 for April 2016. That is down less than 1% from the previous month and up less than 1% from last year.

Condo prices are down less than 1%, likely due to the lower unit sales relative to April 2015. Prices for April 2016 are also down about 1% relative to the previous month. Listings and sales of condominums are up over March 2016, while listings are up and sales are down over April 2015.

“Prices in the Edmonton and Area market remain stable. This is good news for sellers who have been concerned about selling in a ‘buyer’s market’,” REALTORS® Association of Edmonton Chair Steve Sedgwick said. “Buyers continue to have a great selection of properties to choose from and sellers need to be competitive with their listings. Continued lack of significant movement in the average house price is a good signal that Edmonton’s economy is strong.”

“New listings were slightly down in April, but inventory remains high.” Sedgwick continues, “We expect to see sales continue to rise through the early summer months. It will be interesting to see whether there are many new listings adding to the existing inventory in upcoming months.” 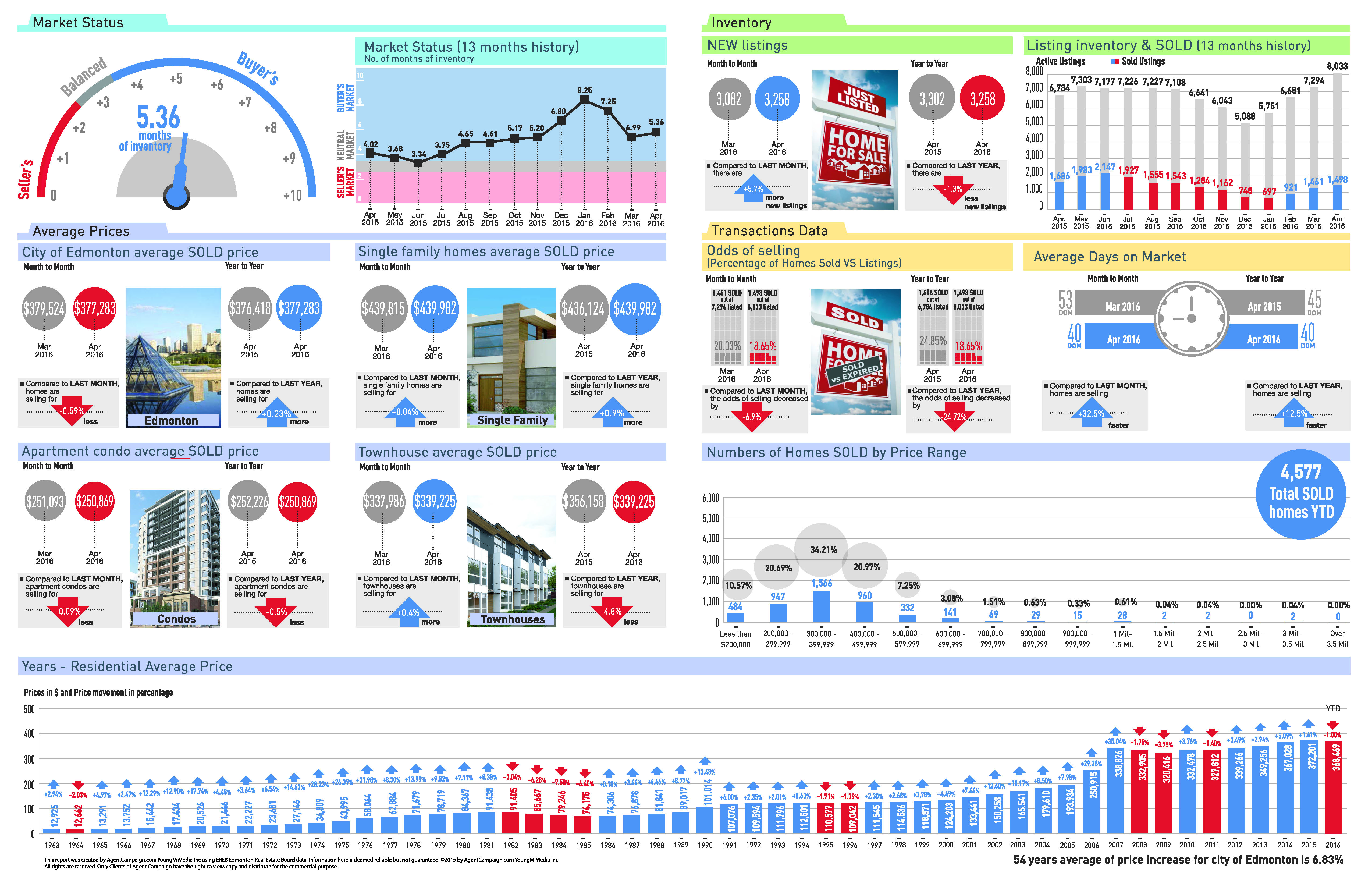