“Alberta’s economy has been under enormous pressure for some time, but the residential real estate market in the Edmonton Census Metropolitan Area continues to hold. Prices and unit sales for all residential homes are consistent with last year, down less than 1% and 2% respectively,” said Steve Sedgwick, Chair of the REALTORS® Association of Edmonton.

“While this is one of the most active times of the year, we are seeing both listings and sales tapering off as we move into the fall months. This is standard in our local real estate cycle,” said Sedgwick. “While unit sales for condos have been impacted the most, prices remain stable. This is thanks in part to the continuing trend of unit sales of over $750,000 that are keeping average sales price of condos elevated by almost 3%.”

The number of days the average home in the Edmonton Census Metropolitan Area (CMA) took to sell in the month of August was 55. This is consistent with August 2015 and down one day from July 2016. On average, single family detached homes sold in 49 days in August 2016, while condominiums sold in an average of 62 days and duplex/rowhouses sold in 56 days. 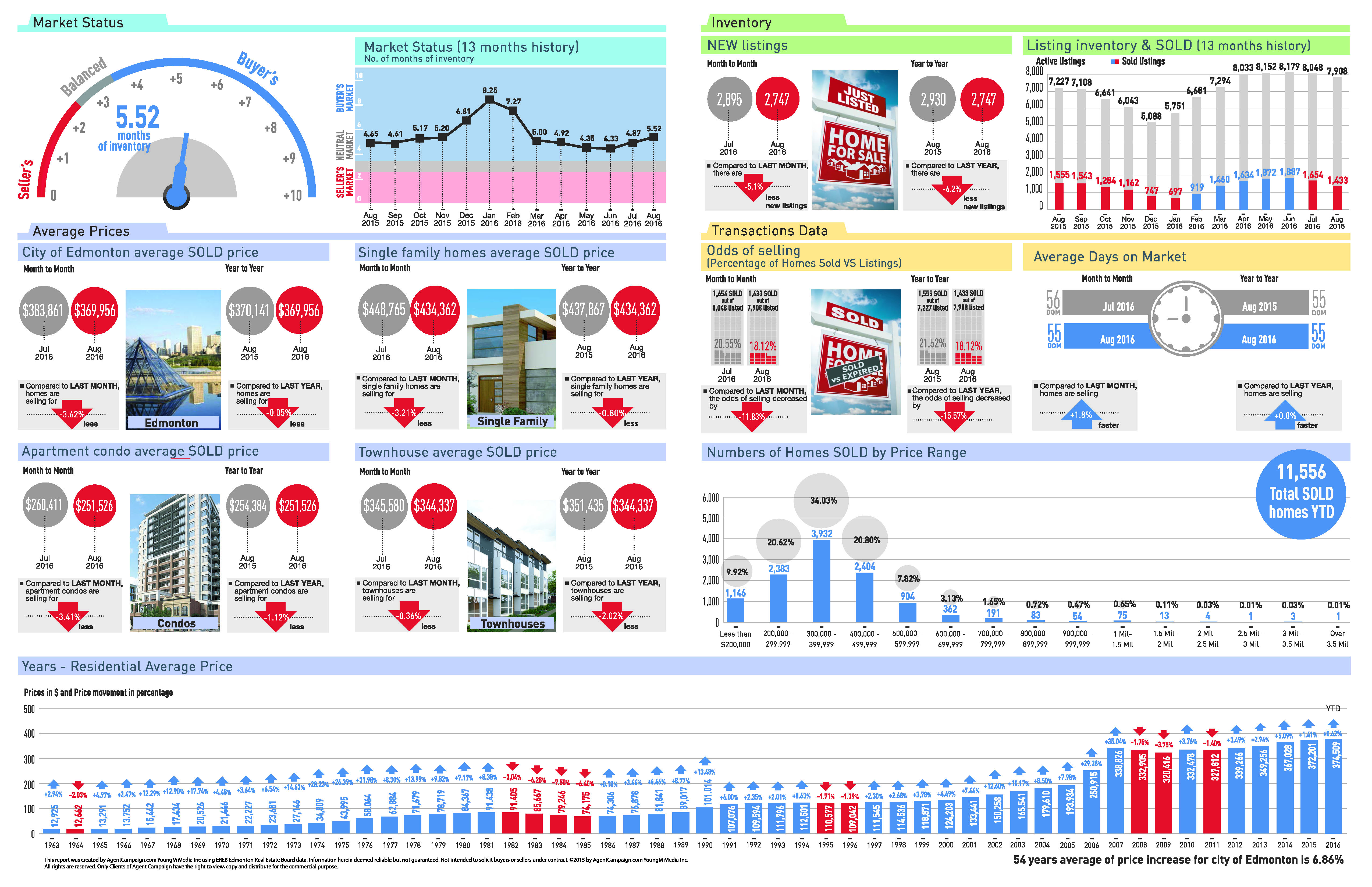