July 2016: The all residential average sale price continues to remain strong at $384,504 up almost 2% over the previous month and over 3% from July 2015. At $450,366, single family homes experienced an increase in average price of over 3% from both the previous month and year. The 2% drop in average condo price month-over-month can be partially attributed to the sale of several luxury properties in June that bolstered the average price. The average condo sale price for July 2016 of $257,482 remains the same as July 2015.  The average duplex/rowhouse sold for $348,050; down 2% year-over-year (y/y) and down 1% month-over-month (m/m).

“We can attribute much of the average price increase to the strength of high end home sales. When we look at the median price of residential properties, we see a clearer picture of what is happening to prices. The median sales price for all residential is up less than a percent from last year. We are continuing to see strong stable pricing throughout the Edmonton region despite slower sales.”

“The July slow down in unit sales is typical. May and June remain the busiest months of the year when it comes to sales volume. Every year we traditionally see a slow down in July and August followed by an uptick in September,” says REALTORS® Association of Edmonton Chair Steve Sedgwick. “There is no question that the pace and volume of sales has dropped. The positive side of this is that there continues to be a good selection of inventory for buyers.”

The number of days the average home in the Edmonton Census Metropolitan Area (CMA) took to sell in the month of July was 56. This is up 3 days from the previous month and 6 days from July of 2015. On average, single family detached homes sold in 52 days in July 2016, while condominiums sold in an average of 61 days and duplex/rowhouses sold in 57 days. 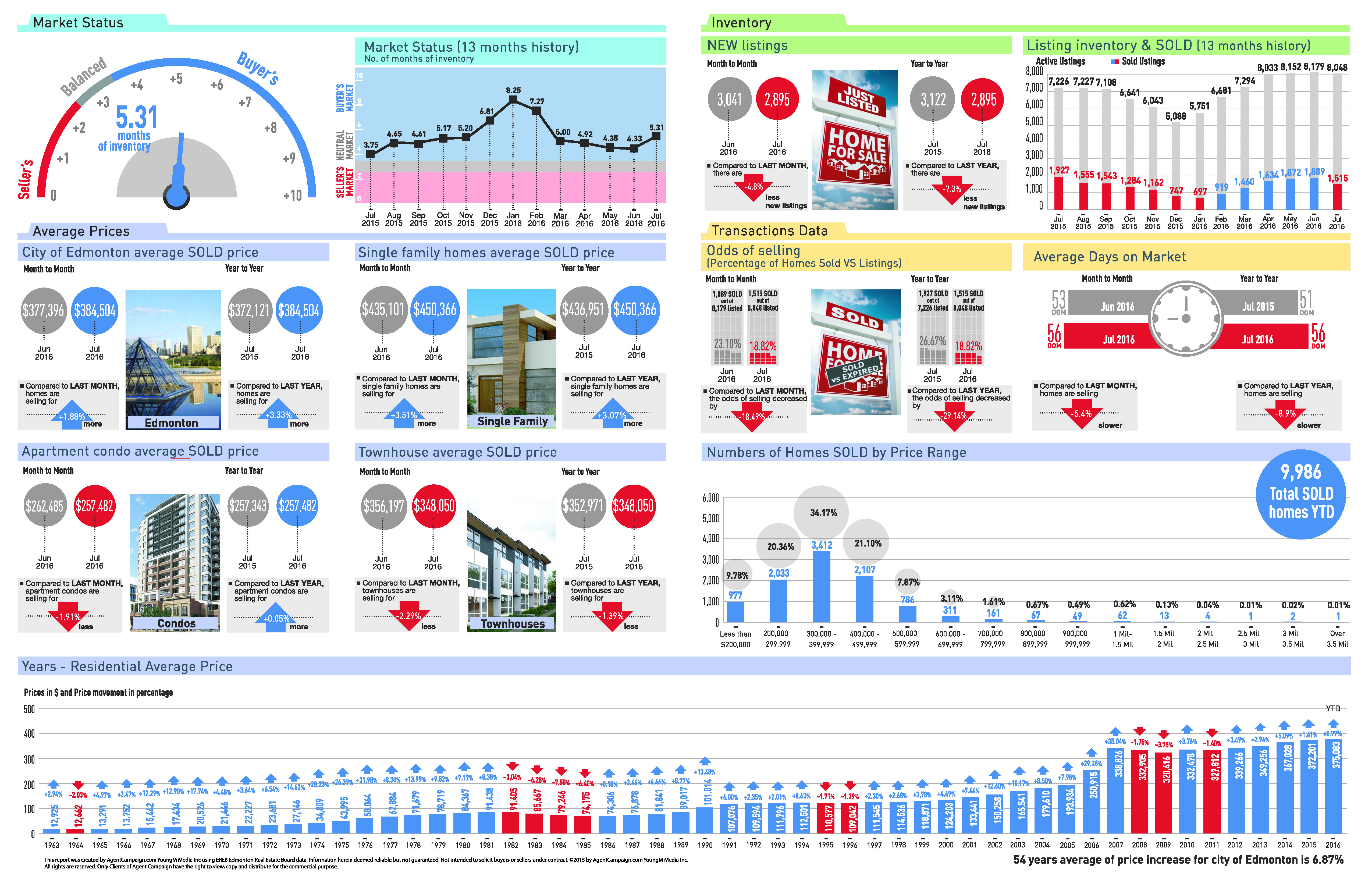