September 2016: September’s all residential average sale price in the Edmonton Census Metropolitan Area (CMA) continues to remain strong both month-over-month (m/m) and year-over-year (y/y) up 1.1% and 1.5% respectively. The average price of single family homes remains consistent down less than 1% m/m and down 0.2% y/y to $430,461. Condos average prices also remained flat at $251,365 (-0.06% m/m,-0.45% y/y). Average prices for duplex and rowhouses stood firm, up 4.66% from August 2016 and down slightly year-over-year for the month of September.

“We are moving into the quieter real estate months with a healthy inventory, strong prices and slower listings and sales,” said Steve Sedgwick, Chair of the REALTORS® Association of Edmonton. “It continues to be a good time to buy. We usually see less inventory coming into winter months, so it is beneficial for buyers to have a respectable selection and reassuring for sellers to see continued stability in average sale prices.”

“We expect to see listings and sales slow as winter approaches. We may begin to see the effects of slight downward pressure on prices, but do not expect to see any drastic movement as our market continues to remain stable,” said Sedgwick. “Sellers can expect to wait a little longer than previous years for their property to sell.”

The number of days the average residence in the Edmonton CMA took to sell in the month of September was 57. This is up two days from August 2016 and up three days from September 2015. On average, single family detached homes sold in 54 days in September, while condominiums sold in an average of 65 days and duplex/rowhouses sold in 60 days. 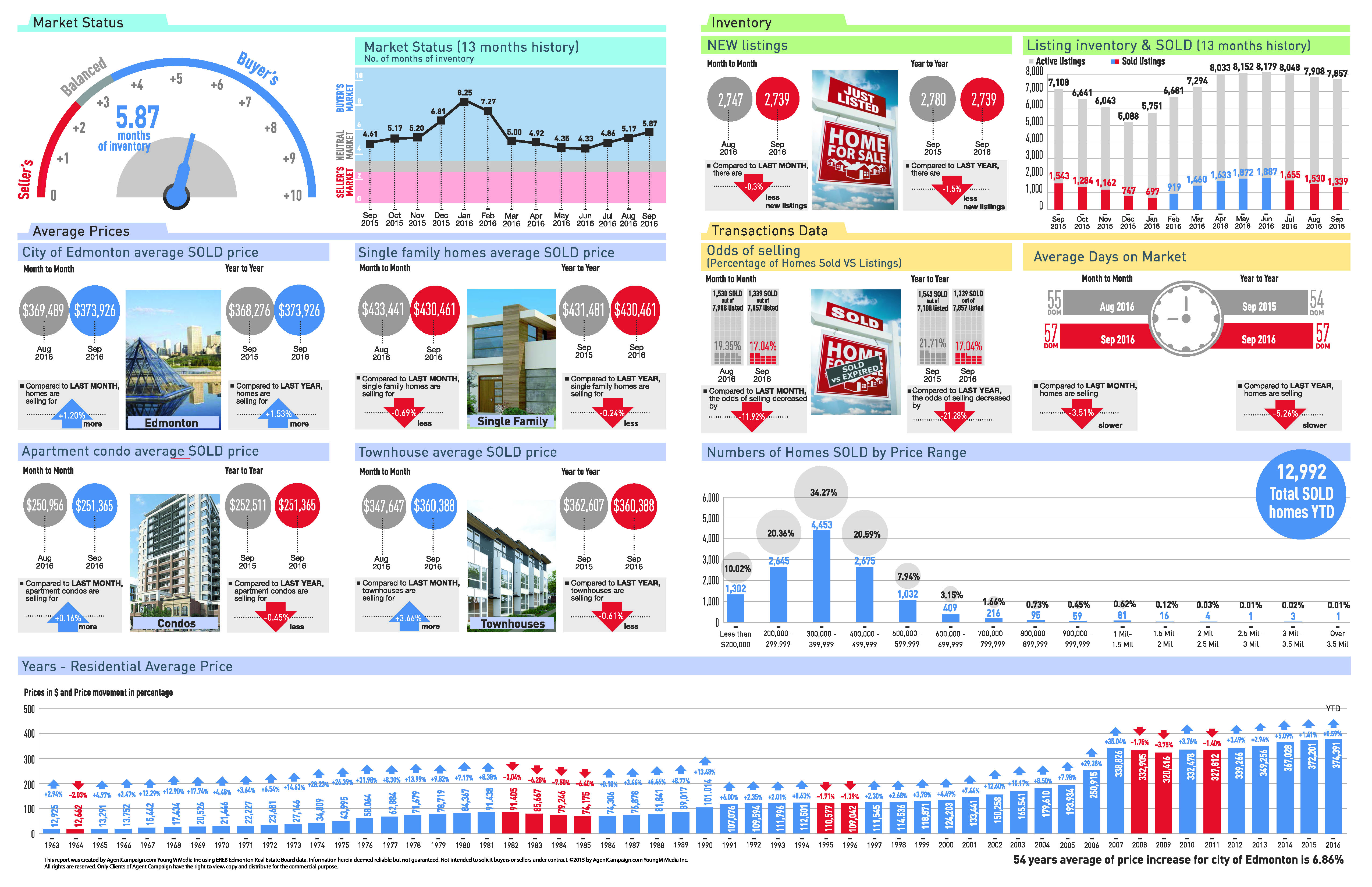