A single family home in the Edmonton Census Metropolitan Area (CMA) sold for an average of $423,755, which is down 1.6% from September and down 1.75% YoY. Condominium prices were up year-over-year by 0.5% and down by 2.3% month-over-month. Duplex/rowhouse average prices also decreased 7.7% from the previous month and 6.9% from October 2015. However, all residential property prices were mostly unchanged in October, only down 0.64% compared to 2015.

The average days on market increased in October, which is typical for this time of year. In total, 1,265 units sold in October, with the average residence in the Edmonton CMA needing only 61 days to sell. Single family detached homes sold on average in 57 days, 3 days longer than September, and condominiums sold in 65 days, which was unchanged from the previous month. Duplexes/rowhouses needed an extra week, selling on average within 67 days in October compared to 60 in September. In October, there were 2,147 new listings available in the Edmonton area, down from 2,272 listings that came on the market in October 2015. With sales up over last year for October, the reported sales to listing ratio moved from 53% to 59%, indicating balance in the market. 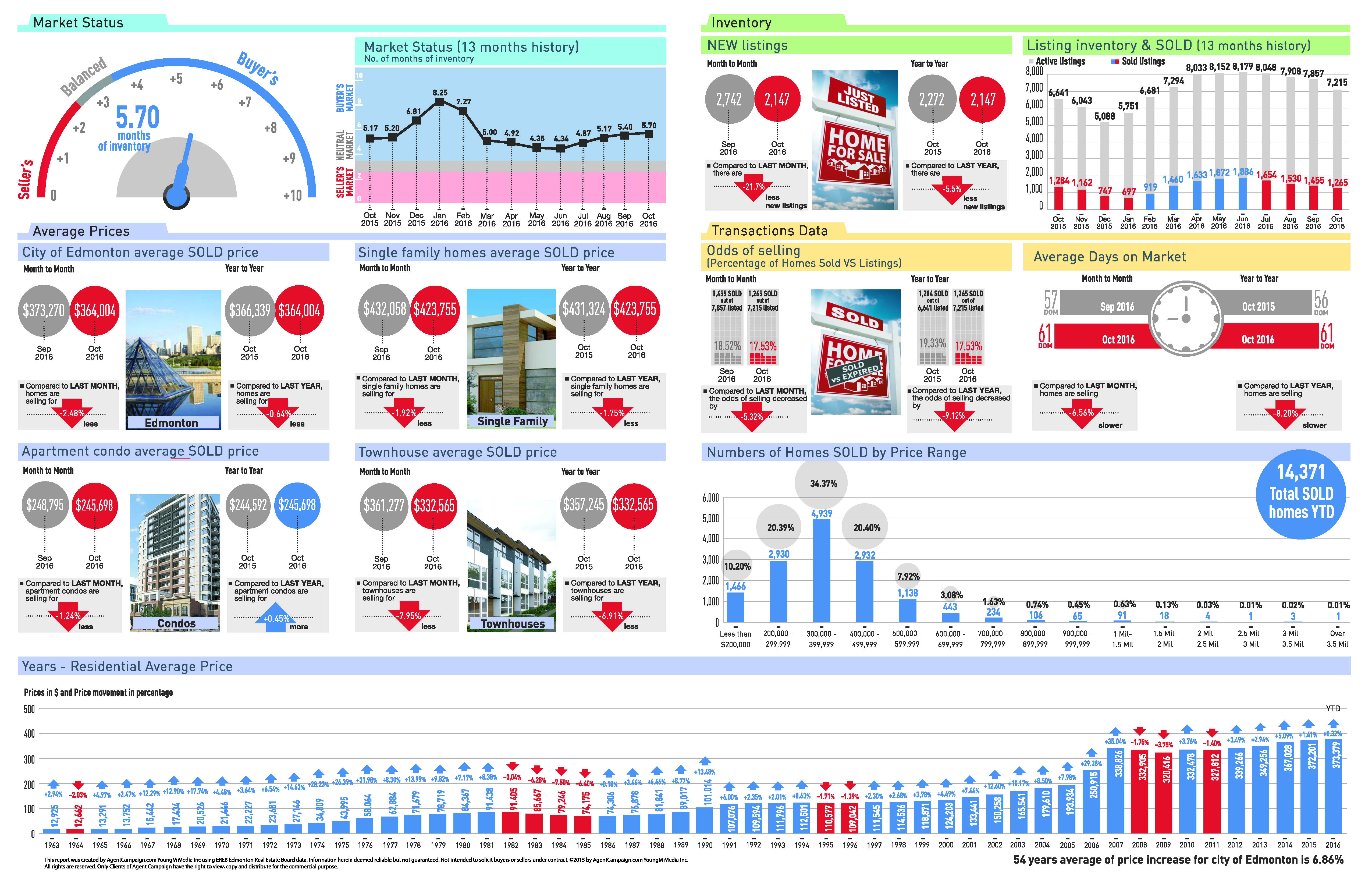