Single family homes continued to sell well, with the average days on market for November staying unchanged from October at 52, which was three days fewer on the market compared to the same period in 2015. However, condominiums and duplexes/rowhouses were both affected by the seasonal market shift. Condominiums averaged 79 days on market, and duplexes/rowhouses averaged 74 days, which was an increase for both of 17 and 18 days, respectively, relative to the same period in 2015.

Residential inventory continued to increase in November to 6,493 listings, an increase of 7.45% compared to last year.

“November inventory decreased by 10% compared to October,” said Sedgwick. “We expect to see the normal seasonal decline during the slower winter months as we head into 2017.” 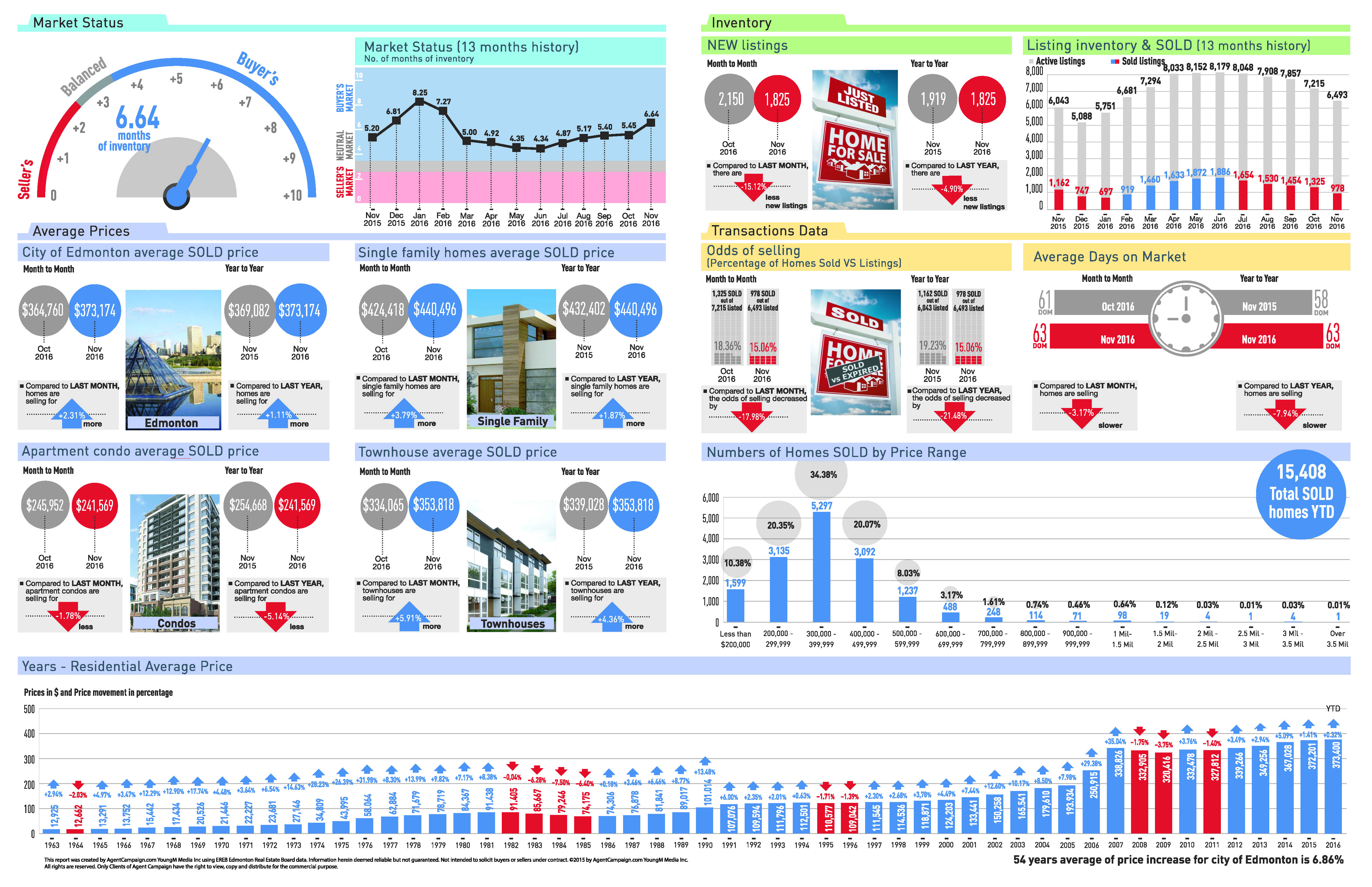