For the Bank of Canada these days, it’s all about timing.The central bank stuck with its benchmark interest rate of 1.25 per cent Wednesday as it continued along a careful process of determining the appropriate juncture for its next hike.

“Governing council has agreed that, over time, the economy would appear to be warranting higher interest rates our uncertainty is about how much and at what pace,” governor Stephen Poloz told a news conference that followed his latest rate announcement.

For us, the case is clear  interest rates are very low considering that the economy is pretty well at capacity, inflation’s at two per cent.

So, there is a sense that, almost by law of gravity, interest rates will move somewhat higher over time  but again, the pace is a significant question mark for us given the data.”

The latest rate decision comes at a time of moderating growth following a strong 2017. Inflation is also running close to its ideal target and wage growth has strengthened with a tightening labour force.

Poloz, however, said that despite the recent improvements, the economy’s still unable to continue running at full tilt without the stimulative power of lower rates, at least for a little longer.

He listed four downward forces still weighing on the economy all of which have come under close scrutiny by a central bank that has been describing itself as data dependent.

Two of these sources of uncertainty inflation and wage growth were highlighted as areas showing particular progress.

On inflation, Poloz said recent readings have been “very reassuring” with both the headline and core rates near its two per cent bull’s-eye.

Wage growth, he said, has increased significantly over the last 18 months to reach the three per cent range, although the bank noted the measure remains below what would be expected if the economy no longer had slack in its labour force.

The bank will also continue to watch two other areas of uncertainty: the economy’s sensitivity to higher interest rates and how well it builds capacity through business investment.

On capacity building, Poloz said he believes Canada now has a little more room to expand further, beyond what the bank sees as the economy’s potential growth and all without driving up inflation.

When it comes to the impact of higher rates, Poloz said even with the inflated debt loads of Canadian households, recent data has shown moderation in credit growth.

Poloz reiterated Wednesday the bank would remain cautious when it comes to future increases.

Following the rate announcement, many experts stuck with their calls that the bank will introduce its next hike in July.

Poloz has raised rates three times since last summer following an impressive economic run for Canada that began in late 2016, but his last hike came in January.

Throughout this period, the bank has also kept a close watch on the evolution of external risks.

Exports and business investment in Canada have been held back by competitiveness challenges and trade-policy uncertainties, which include escalating geopolitical conflicts that risk damaging global expansion, the bank said.

It laid out estimates on the growth impacts on Canada due to tax reforms in the United States, which are expected to lure more investment south of the border. Due to these investment challenges, it predicts Canada’s gross domestic product to be 0.2 per cent lower by the end of 2020.

Exports are also expected to take a hit from trade uncertainties and reduced investment. The bank projects that Canada’s GDP will be 0.3 per cent lower by the end of 2020 due to the negative impacts on exports.

Fiscal stimulus introduced in recent provincial budgets is expected to help offset these effects by adding about 0.4 per cent to Canada’s real GDP by the end of 2020.

On Wednesday, the bank also posted new economic forecasts with the release of its latest monetary policy report.

For 2018, it’s now predicting two per cent growth, as measured by real gross domestic product, compared to its 2.2 per cent prediction in January.

That rate represents a drop from the three per cent growth in 2017. The bank had been anticipating such moderation.

For the first three months of 2018, the bank is predicting growth of about 1.3 per cent considerably lower than its January projection of 2.5 per cent.

The effects of sluggish exports and the housing markets’ responses to stricter mortgage rules played a big role in the disappointing numbers, the bank said.

It’s now predicting, however, the economy will rebound in the second quarter with 2.5 per cent growth, in part because of rising foreign demand. 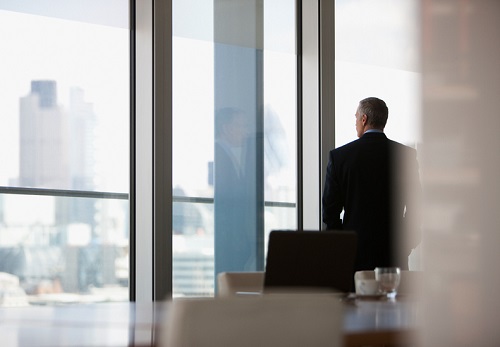