“Although June’s residential unit sales are up slightly over May, we did not see the numbers set in June of 2015. Also notable is that the sustained lull in sales we have seen over the past two years has not been reflected in average price. Continued sales of higher priced properties in the region have helped keep average prices strong,” says REALTORS® Association of Edmonton Chair Steve Sedgwick.

“Inventory remains high and buyers continue to have good selection,” Sedgwick said. “This is welcome particularly to those looking in the popular $350,000 to $450,000 single family price range.”

In June, the all residential average days-on-market was 53 days, down 1 day from May and up 4 days relative to June 2015. On average, single family detached homes sold in 50 days in June, while condominiums sold in an average of 58 days and duplex/rowhouses sold in 53 days. 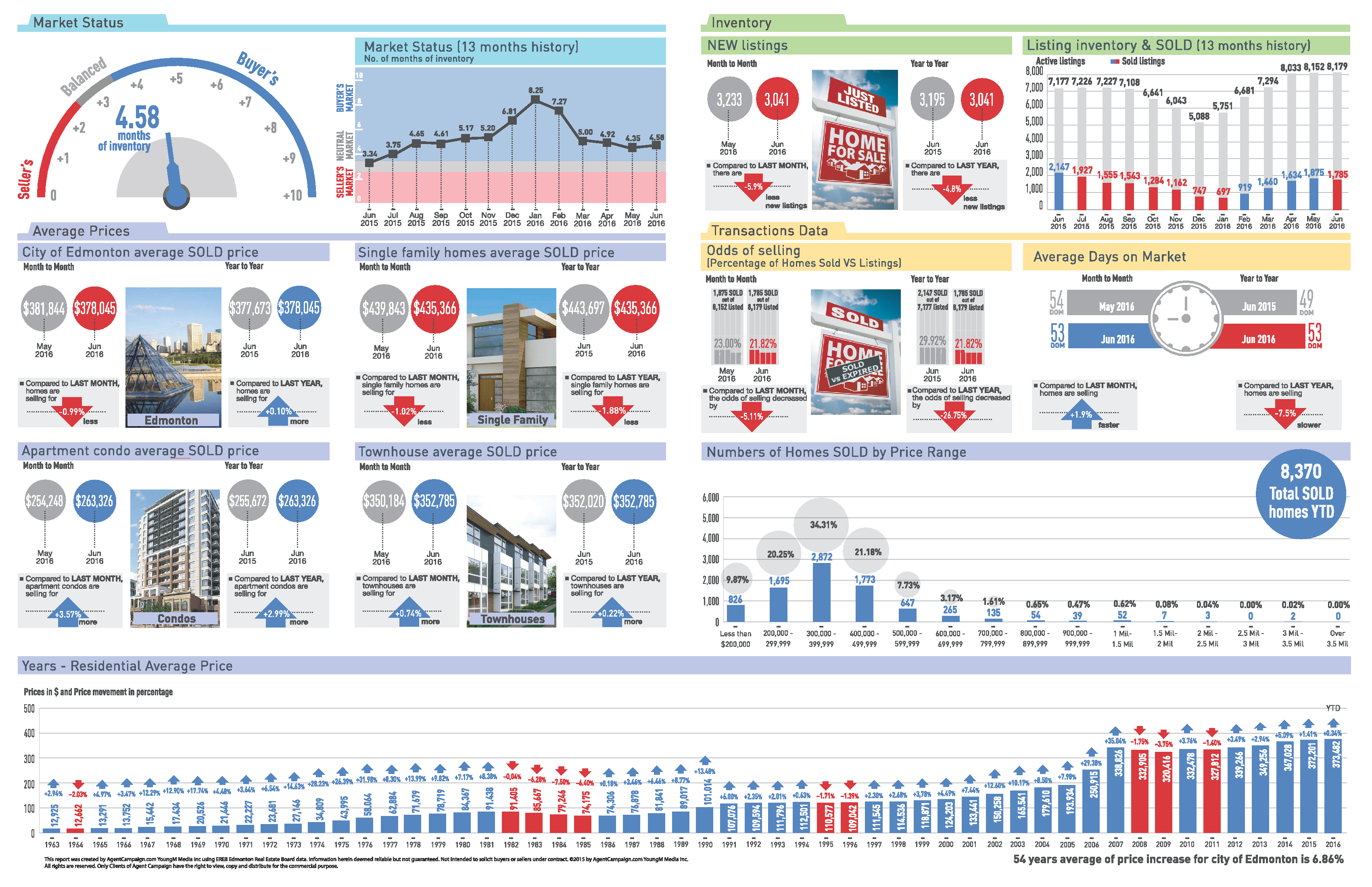