“January 2018 unit sales were strong, coupled with an increase in year over year listings of more than 15%, which is typical for this time of year,” said Darcy Torhjelm, REALTORS® Association of Edmonton Chair.

“The increase in the average days on market appears to reflect that buyers are taking time to consider their options before purchasing a new home,” Torhjelm said. “With the mortgage stress test rule changes and the latest interest rate change, it will be interesting to see how that impacts the 2018 market.” 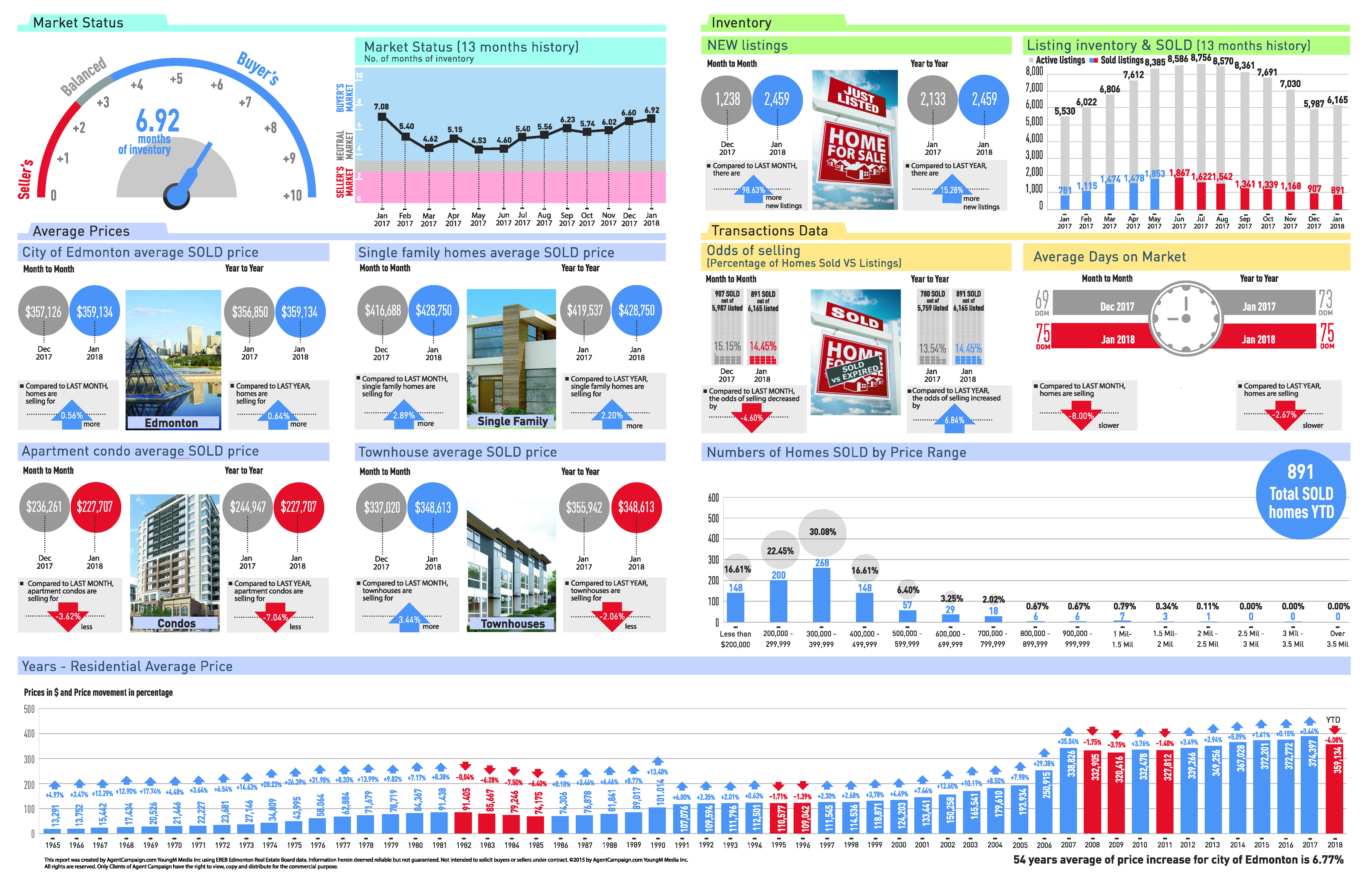